From a realtor perspective North Redondo Beach is separated into four sections.  3 of them are fairly similar with the other, the Golden Hills, having a different look and feel due to both the hilly terrain and the area consiting of almost entirely single family homes.  There is one other area in north Redondo that is also single family homes known as the TRW tract.  See our North Redondo real estate map below to see the neighborhoods of Redondo Beach 90278

Click any area below to view the current homes for sale in that Redondo Beach neighborhood. 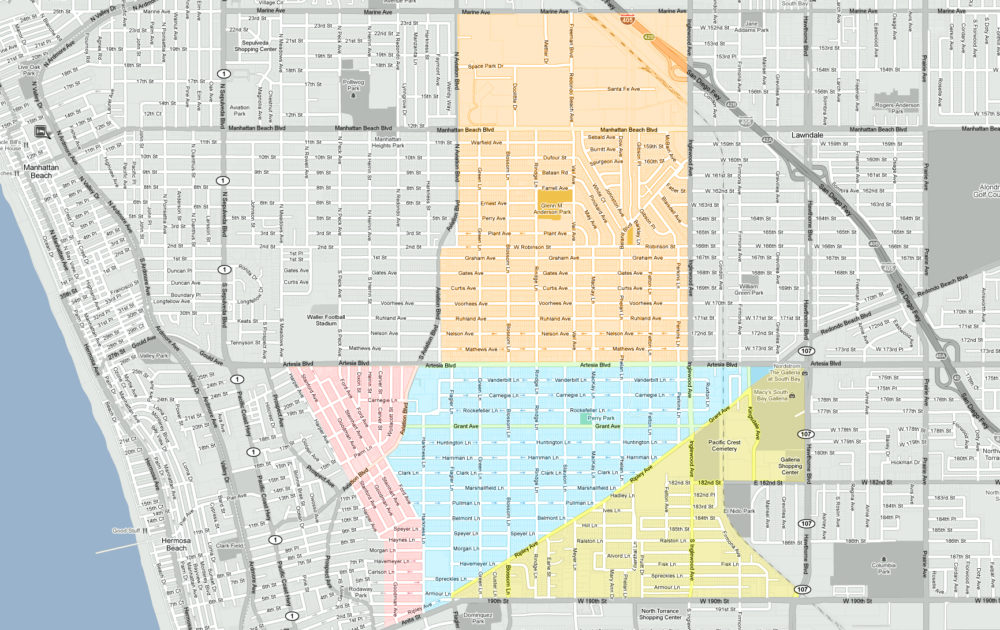