You are here: Home / Condos for sale / Redondo Beach 2 on a Lot Townhomes Explained

Something fairly unique to real estate in Redondo Beach is what’s known as two on a lot townhomes.  When most people think of townhomes they envision a row of identical looking homes with shared walls, lots of neighbors, and a big HOA.  Redondo Beach 2 on a lot townhomes are dramatically different and many buyers from out of the area have trouble wrapping their heads around what this means.

See the current two on a lot townhomes for sale 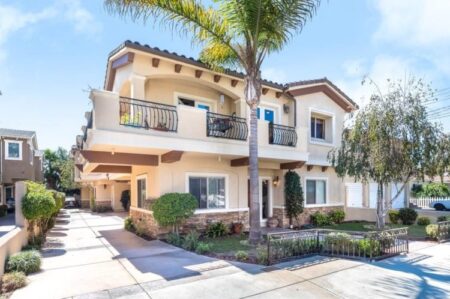 Simply put a 2 on a lot townhome is a property in which the owner “owns” their home but instead of owning the lot or land outright…they own a 50% share of the lot.  When many of the original homes were built in Redondo Beach, the homes often enjoyed great lots of 7500 feet.  The original homes were simply beach bungalows or small duplexes.  As these R2 lots began to dramatically increase in value they were often purchased by builders looking to increase their return by building two homes on the lot.  Technically considered townhomes, or even condos due to the fact that the land is “shared” by the members of the homeowners association, for almost all intents and purposes they look and feel like single family homes.  See also 3 on a lot townhomes” in Redondo Beach.

Whereas a standard single family home priced around $1,400,000 may be 3 bed/2 bath and about 1600 feet and built in the 1950’s, these detached townhomes are generally newer, nicer and larger and often have 4 bedrooms, 3 or 4 bathrooms, 2000+ square feet and the built within the last 15 years.  They also often have all of the luxury finishes, such as master suites with walk in closets and jacuzzi tubs, gourmet kitchens with granite counters and stainless appliances, hardwood floors, recessed lights and laundry rooms.  In addition they have attached garages and most have smaller yards.

Other than the architecture and often a shared driveway they really do feel like single family homes.  As the “association” is simply comprised of the two neighbors the formalities are often only shared insurance and shared landscaping.   Sometimes even those are handled by the separate owners and for all intents and purposes it lives like a single family home.  As the structures are not attached responsibilty for upkeep often falls on the individual owner which limits some of the usual “HOA” challenges and annoyances.  Keep in mind that the HOA can never be disolved, but are often so informal they exist in legality only.  Both front and back homes are generally equally sought after as the front unit is often brighter but sits in front of the driveway the rear unit uses, while the back unit often has a bit more sense of privacy and often has a slightly larger yard.