You are here: Home / Beachfront homes / The Oceanfront Condos of the Esplanade in Redondo Beach CA

Needless to say that much of the appeal to the South Bay has to do with it’s proximity to the ocean and all that it entails. Beautiful

views, dazzling sunsets, warmer winters and cooler summers and outdoor activities of every variety. One of the cities most often thought of, especially for those relocating from other parts of the country, is Redondo Beach. Redondo Beach is the largest of the “Beach Cities” (Manhattan Beach, Hermosa Beach and Redondo Beach) and has the greatest number of housing options. Everything from a studio condo in the $500K range, to oceanfront estates well into the millions. If your searching for that dream of living oceanfront, you really only have a few options and almost all are on the street known as the Esplanade. The Esplanade is in the area known as South Redondo and has every housing option available. Some of the least expensive oceanfront options are the condos in one of several buildings. 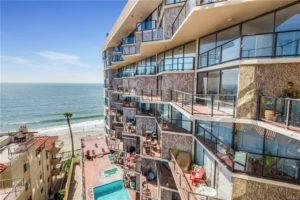 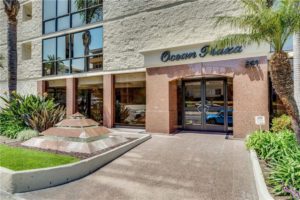 The first building as you head south is located at 531 Esplanade and is known as the Ocean Plaza. This building features a pool, workout room and is located on the bluffs in South Redondo. Although oceanfront, most of the units at 531 Esplanade are at an angle and do not look straight out on the ocean. While you don’t quite get the “right on top of the sand” feeling that you do in some of the other buildings….it’s generally priced a bit lower with larger homes. All units in 531 have some views with units higher up having more dramatic and unobstructed views. All units are accessible through the inside of the building which some owners like, but units are down a rather dark hallway.  View the current Ocean Plaza condos for sale

Casa Bahia actually consists of 2 addresses but from the street certainly looks like one building.  The street addresses for Casa Bahia are 535 and 555 Esplanade.  Unlike some of the other buildings along the Esplande not all of the units are oceanfront and in fact many of them are not.  Some have no views while some have partial views.  There are plenty that are oceanfront however and some are spectacular.  The lower units are pretty straightforward with oceanfront balconies above the beach.  The upper units pull back a bit as the complex has a great outdoor deck area.  It has a different feel with the builder trying to squeeze in views from rear units.  The community has an ocean view jacuzzi and a workout room. View current Esplanade condos for sale 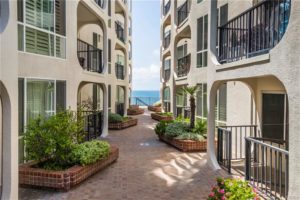 Located at 565 Esplanade the Surfrider is unique architecture for the area.  Consisting of two separate buildings, the Surfrider is more than recognizable with it’s red tile exteriors.  Unlike most of the buildings on the Esplanade many of the units are “interior” or side facing condos meaning they only offer partial views at best.  There are some fantastic oceanfront units but they rarely come on the market.  The complex offers an ocean view jacuzzi and a deck area for those that don’t have the oceanfront units.  View current Esplanade condos for sale 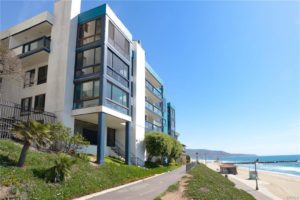 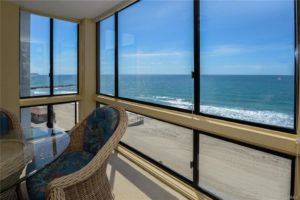 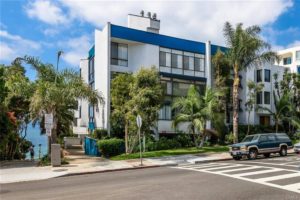 Oceanfront units are rarely for sale at 575 Esplanade. Unlike the Ocean Plaza at 531 Esplanade, not all units are oceanfront or have views. Units range in size with units facing the street side, with no views starting in the mid $850K range and oceanfront units that have been upgraded being in the $1.3M range and up.  View current Esplanade condos for sale

This building is known as the Sand Castle and is probably the most “right on the water” oceanfront building of any of them. The Sand Castle consists of two different buildings with one in front, and lower, than the other.  The bottom two levels of the rear building somewhat obstructed or no views, but all other units and floors have panoramic ocean views. The Sand Castle really feels like a vacation and from the moment you open your door, it’s breathtaking pacific ocean views. One bedroom units often start in the mid $600K range with a close to 800 square feet, with larger 2 bedroom units pricing in the high $900k to over $1.1 range. Units are accessible from the walkway in the rear (see above picture) which would be a problem if we had weather other than sunshine, but it does make for a much more open feel. If sleeping to the sound of breaking waves is what you’re searching for….this might be the place for you.  View current Esplanade condos for sale 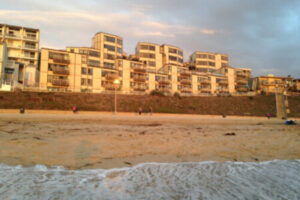 The last of the main condo complexes in South Redondo is known as San Simeon and is located at 625 Esplanade. Many of the homes in San Simeon have breathtaking panoramic views although some units are towards the back with ocean peeks at best. Prices in San Simeon generally range from the low $700Ks to well over $1,000,000.  View current Esplanade condos for sale 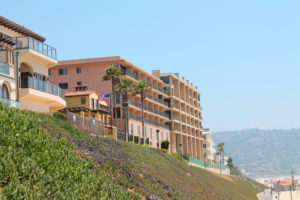 Oceania only has oceanfront condos and the views here are some of the most spectacular. The bluff is up a bit higher here which makes for endless views. This is definitely what most people think of when they think of oceanfront living.  View current Esplanade condos for sale 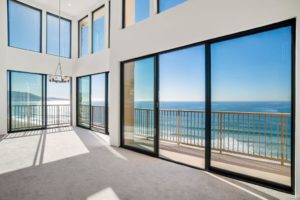 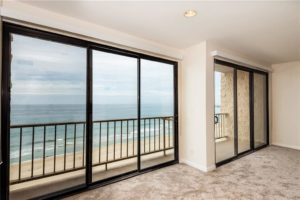 Riviera Shores is the last building to the south on the Esplanade (there are a few single family homes to the south.  This is true oceanfront living as it’s perched highest on the bluff.  The views are incredible (the parking lot even  has spectacular views!)  There isn’t much in the way of amenities with just a jacuzzi but what does it really matter when the beach is litterally a stones throw away.  There are 1 and 2 bedroom condos with the top floor penthouse units having larger square footage. View current Esplanade condos for sale